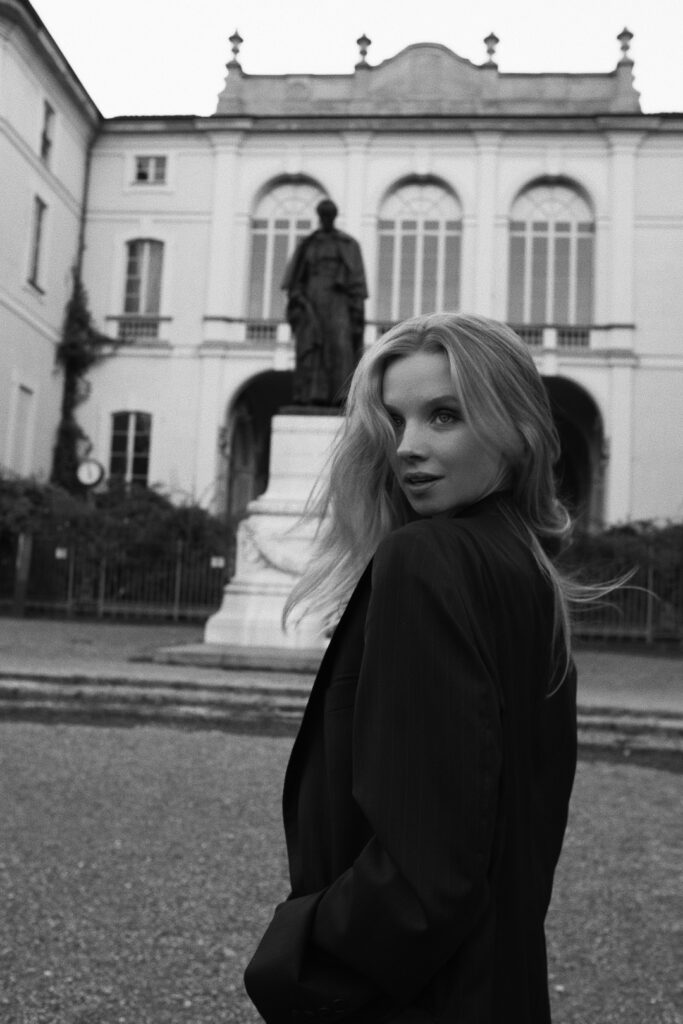 OVER 10-YEARS
ON THE GLOBAL MARKET

Johanna Thuringer is a Swedish Model based in New York City. She was born and raised in a small town in Sweden. Johanna started her modeling career off by participating in a local beauty pageant. After going to the finals, Johanna won the Miss Sweden title. She went on to represent Sweden at some of the most prestigious pageants in the world (Miss Teen World, Miss Model of The World).

Shortly after, Johanna went to work as a professional model in Milan, Italy. Some of the designers that she worked with were Michael Kors, Emporio Armani, Diesel and Blue Marine.

As an international model for a decade she has travelled around the world, living in;  New York, Los Angeles, Miami, Italy, Turkey, and Mexico. This allowed Johanna to experience a myriad of cultures and  develop exceptional communications skills.

Her passion for creative marketing and interest for brand building grew as she started off by helping clients on set. She would help the client establish their ’story’, and how the client should create awareness and recognition of their brand both on social media but also in real life..

One of Johanna’s first social media clients was the UK cosmetics giant Wunder2 Cosmetics whose revenue doubled from $39M 2016 to $80 million 2017. Over the past few years Johanna has been brought in to grow brands’ social media profiles, whether it be through content creation, content strategy, or brand building. She has constantly proven herself to be an irreplaceable asset in the growth of a brand’s awareness.